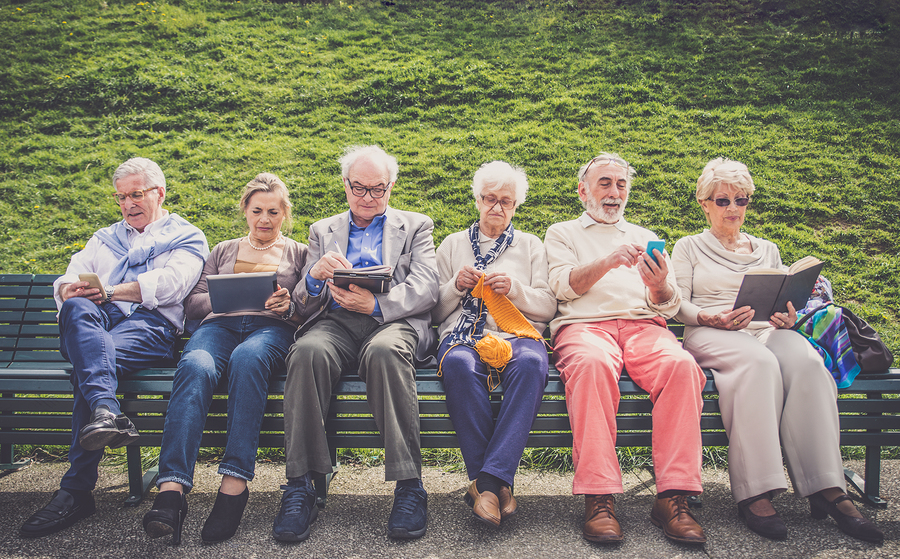 If you feel like you’re getting old, you’re not alone.

According to a new US Census Bureau report, seniors are expected to outnumber children by 2035 for the first time in American history.

The demographic change will be triggered by three facts:

Specifically, the bureau’s 2035 projections show that there will be 78 million adults-over-65 compared to 76.4 million children-under-18. The gap between old and young is expected to widen even further by 2060 to 95 million older people versus 80 million children.

The demographic shift will have serious implications for retirement and government entitlement programs.  Social Security and Medicare are funded by working people.  By 2020, there will be 3.5 people working for every eligible retiree. With the population aging rapidly, that figure is expected to drop to 2.5 workers for every eligible senior by 2060.

The US economy may take a serious hit as it struggle to replace its aging workforce. With fewer people working, tax revenues will decrease nationwide. At the same time, the number of seniors dependent on federal programs will increase.

Economic prosperity may also be impacted. With fewer workers comprising the share of the population, growth may be hampered. At the same time, automation may offset that decline somewhat. And immigration, which the bureau projects to increase, is also expected to provide some relief for a shrinking workforce.

Politically, lawmakers can expect to feel pressure to expand funding and protections for Social Security and Medicare. Since older Americans vote more than younger ones, this pressure is only expected to increase. At the same time, immigration policies to restrict newcomers may become even more controversial.

The US is already facing a funding crisis for Social Security, with the full retirement age for eligibility increasing. With many projections showing funding running out within the next 20 years, future recipients are expecting benefit cuts.

What does this mean for the average American? Planning and saving for retirement is more important than ever. With compounded interest and matching contribution plans offered by many employers, the earlier people invest in their future, the better. Young people should educate themselves and commit to saving every month to dedicated retirement funds. Middle age Americans should also anticipate living longer than their parents. With retirement lasting for decades now, people should continue investing in stocks as they age into their 60s and 70s. A reputable and certified financial advisor can prepare a diversified portfolio that balances risk while maximizing long-term growth.

At Silverman Financial, we are your partners. Our goal is to create flexible and lasting retirement portfolios for our clients that grow steadily and provide security in the golden years.